Using the library: How Do I Find?

In this section, you will find information on how to find different material held by UCL Library Services.

UCL Explore is the name of the searching tool that allows you to search through UCL’s research materials. In addition to the library catalogue, which records books and journals, Explore searches UCL’s digital collections and archives, amongst other things. It also provides full-text access to some resources. You can access Explore directly, or you can reach it via the Library’s website. For a quick overview see our 'Skills in Seconds' video What is Explore?

There are dedicated terminals on each floor of UCL SSEES Library where you can access electronic resources. Please bring a USB stick with you if you would like to download any articles.

Some reading lists include chapters of books, as well as entire books. Some of these chapters have been digitised and can be accessed via the module's Moodle page. To find the book that contains the required chapter, you'll need to search Explore for the book title, rather than the chapter title. See our 'Skills in Seconds' video Where's that book?

UCL SSEES Library holds an extensive collection of periodicals covering all areas of the School's interests. If you are looking for a journal or a journal article, start your search with UCL Explore. To refine your search, use the drop-down box next to "In Resource" and select "Journal Articles" which focuses mostly on electronic journals. By choosing "Journal Articles" it will give you details of full-text articles. Be aware that some articles are password-protected, so it's a good idea to log into your library account before you start your search.

If you are having difficulty searching for journal articles and you are not getting the results you want, you may want to switch to "UCL Journals" in the drop-down box. This is not a full-text search. Instead, this option searches all of the journals to which UCL provides access.

E-journals: Some electronic journals are password-protected when accessed off-site. If you are using Explore or searching on Google Scholar from a non-UCL computer or remotely, we recommend that you log into your account before beginning your search. This login will be valid for the whole browsing session, and will prevent you from needing to log in again.

If you are off-site you should be prompted to sign in on UCL's single sign-on page. If that does not appear, try logging onto the database (sometimes under a link called Shibboleth) using UCL's institutional login. Visit E-journal FAQs if you are having trouble accessing articles.

Print Journals: Not all of our journals are available electronically. Many are held in-print on the mobile shelving on the Lower Ground Floor. They are shelved alphabetically by title, transliterated according to the Library of Congress scheme. Some of our journals are also held at our off-site facility UCL Store. It is important to note details of the volumes and years available as our subscription may not cover all volumes.

Please note that paper journals are for reference only and may not be taken out of the Library.

If a title is not held by UCL Library Services, check the Library Hub Discover website for other locations. If you are still struggling to find material, please do not hesitate to contact a member of staff.

UCL SSEES Library has an extensive collection of films and documentaries from Central and Eastern Europe. To find out what's available, please see the Bain Graffy Film Collection catalogue on the Library website.

The audio-visual collection is reference-only. Films can only be viewed in in the Library's Multimedia Room on the First Floor. Please ask for the four digit door code at the Help Desk. Please note that only registered staff and students of UCL may watch DVDs and videos.

Language Material: In addition to our film collection, we also have many language instruction books which have accompanying CDs. To find these, search UCL Explore for the book you want, for example Colloquial Russian. If we have the CDs, they will be shown with a shelfmark such as CD25. Bring that shelfmark to the Library Help Desk, and a member of staff will fetch the CD for you.

SSEES Library has subscriptions to a wide range of newspapers from Central and Eastern Europe, in English as well as in the language of the publishing country. Most of our subscriptions are electronic and can be found via UCL Explore.There are a number of US and UK newspapers available as well. To search using Explore, type the name of the newspaper you are looking for, and select "UCL Journals" from the drop-down menu. We also have paper subscriptions for a number of newspapers. Issues for the current year are kept in the Current Periodicals Section on the Lower Ground Floor, back issues are kept at the UCL Store and once requested are usually delivered to the Library within one working day. If you cannot find the newspaper you are looking for in print, then we we may have access to an electronic copy via the database Eastview.

The Library has subscriptions to a number of databases that include newspapers, for example East European newspapers (1835 to 1922). We also hold an extensive collection of newspapers on microfilm, including a number of historic collections. These are kept on-site, and can be viewed using the Library's microfilm reader printer on the Lower Ground Floor. Microfilms can be requested at the Help Desk.

Newspapers in all formats are reference-only. 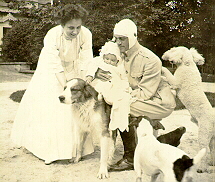 UCL SSEES Library holds an extensive archive of material such as memoirs, photographs and newspaper cuttings on topics relating to the areas studied by the School. The UCL SSEES Library archives page is your starting point for details of our archive collections. You can also find information about our archives by searching Explore.

Access to the majority of SSEES archive collections is unrestricted and the archives are open to the public. An appointment must be made in advance of your first visit to consult the archives; please contact SSEES Library (ssees-library@ucl.ac.uk) for further information on required documentation.

A number of collections are accessible only after a formal application and the acceptance of special conditions. Special terms apply to the reproduction of photographs and the photography of documents for publication.

Archive material is not available for loan.

UCL keeps electronic versions of exam papers set in the last five years. These are available from the Electronic Exam Papers Service. The UCL SSEES Library also has hard copies of previous SSEES exam papers. These are kept on the Lower Ground Floor outside the photocopying and printing room.

Exam papers may be photocopied, but cannot be taken out of the Library.

Start your search for reading list materials via Moodle. All UCL modules have a Moodle page, and this will include a reading list. If the reading list has been digitised, you may be able to click directly on a link from that reading list to the item in the Library, which will then tell you where it is. Further information about digitised reading lists is available at ReadingLists@UCL

If the reading list has not been digitised, you can find most items on reading lists via UCL Explore. Simply type in a few keywords, click “Search”, and then select the “Locations” tab on a result to find out where it is in the Library. If there are no copies available at SSEES, there may be copies available at other UCL libraries.

If you are looking for a copy of the reading list itself, you can select from Explore's drop-down menu In Resources “UCL Reading Lists” and then search by module title or module code.

Library Services has provided an excellent guide to finding and using theses. UCL SSEES Library only keeps doctoral theses, all of which are kept at UCL Stores.

Theses are not available for loan, but may be consulted in the Library.

SSEES research is collected in UCL Discovery, along with much of UCL’s other research output. You can search generally or by author. You can also limit your search to SSEES publications only, by browsing by department and selecting SSEES.

The UCL SSEES Research Blog is also a good source of information on current work. It can be reached directly, or via the SSEES Research page, which also lists details of conferences, seminars and research.

UCL SSEES Library uses its own classification scheme. The books are arranged firstly by the geographical area to which they relate; therefore, classmarks for books on Russia (and some former Soviet republics) will start with the letter "R", those on Bulgaria with "B", those on Romania with "Rou", and so on. The Baltic countries and also Belarus and Ukraine all have their own sections in the Library ("La", "Li", "E", "Bel." and "U" respectively); works on all other former Soviet republics are shelved with books on Russia. There are also sections which cover a region which is wider than just one country, for example, "Gen.Balk" (Balkans), "Gen.Balt" (Baltic), "Gen.Slav" (Slavonic material in general). There is a "Misc" [Miscellaneous] section which is used for works on Eastern Europe as a whole, as well as material on the West and books that do not have a specific geographical element (e.g. books on political theory, economics, sociology).

These 24 sections are sometimes further subdivided numerically and alphabetically, depending on the complexity of the subject. Thus, Russian history is located at R.IX, Polish history at P.IX, Russian history 1921-29 at R.IX.e.4.