150th anniversary of "Crime and Punishment": Translators into English

Since 1886 there have been 11 translations of "Crime and Punishment" into English:

One of the translators, David Magarshack was a UCL alumnus of 1925. His translations were considered "closer to Dostoevsky in literal sense". Cathy McAteer, a research student at the University of Bristol, wrote the following passage:

"David Magarshack was born in Riga, then Russia, in 1899. He was educated at a Russian secondary school, and emigrated to England in 1920 in the hope of pursuing  higher education. He attended an evening course in English Language and Literature at University College London and graduated with a 2:1 four years later on 22 October 1924. On graduation, he worked as a journalist in Fleet Street and became a British citizen in 1931. He was commissioned to translate Dostoevsky's Crime and Punishment for Penguin in 1949, heralding the start of a fifteen-year relationship with Penguin Classics and resulting in seven publications  in total. In addition to his translation work, Magarshack also made his name as a biographer, publishing works on the lives of Stanislavsky, Chekhov, Turgenev, Gogol, Dostoevsky, and Pushkin. He died in London on Wednesday 26 October 1977". 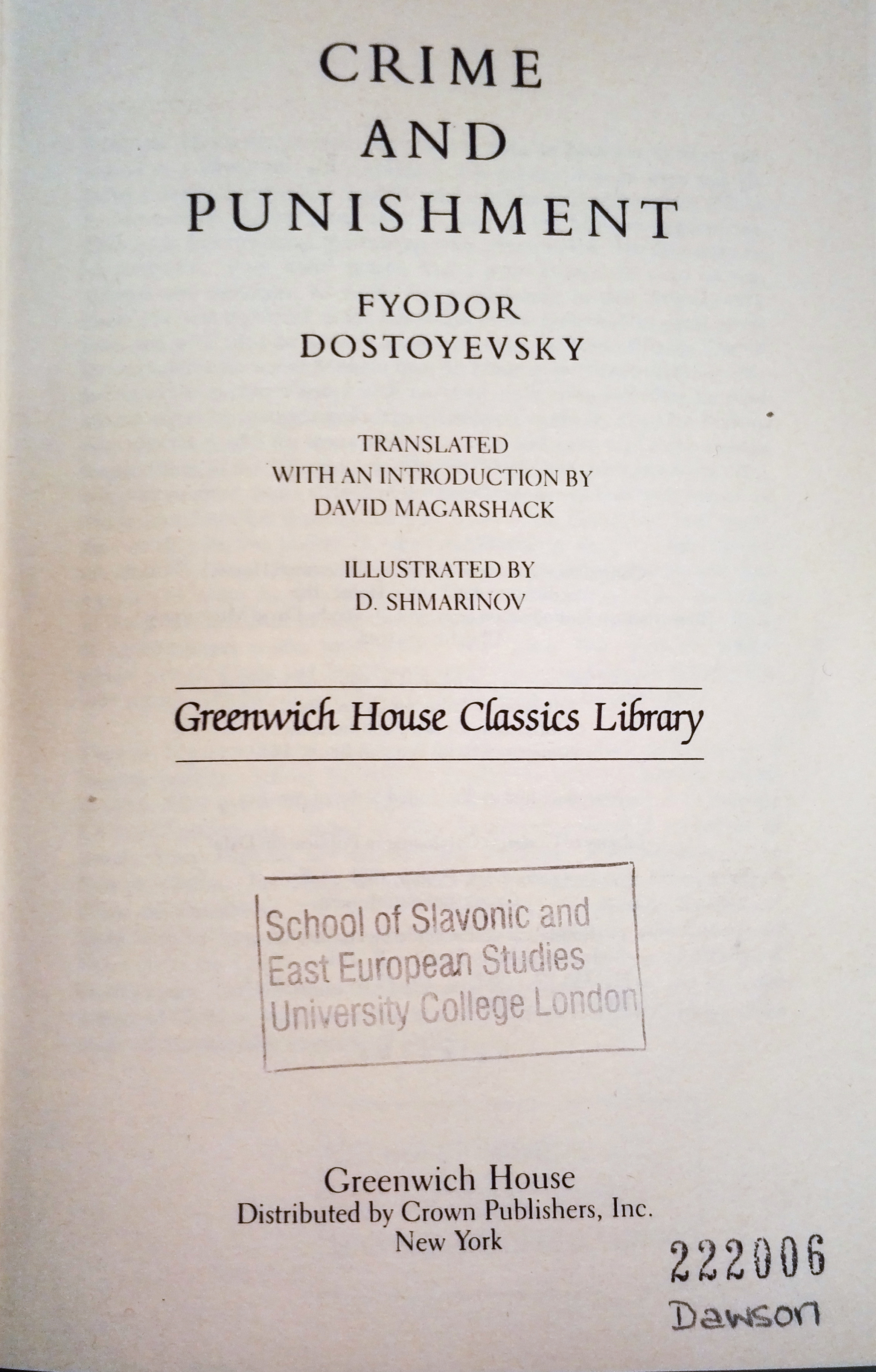 In the holdings of UCL Special Collections there is a copy of "Crime and Punishment", in translation by Constance Garnett, that was in the possesion of George Orwell (ORWELL L 10 DOS). It comes from the collection of Sir Richard Rees Bt, whose library UCL purchased in the academic year 1960/61, and who was the executor of George Orwell's estate. UCL Special Collections' Orwell Digital Archive is available here. 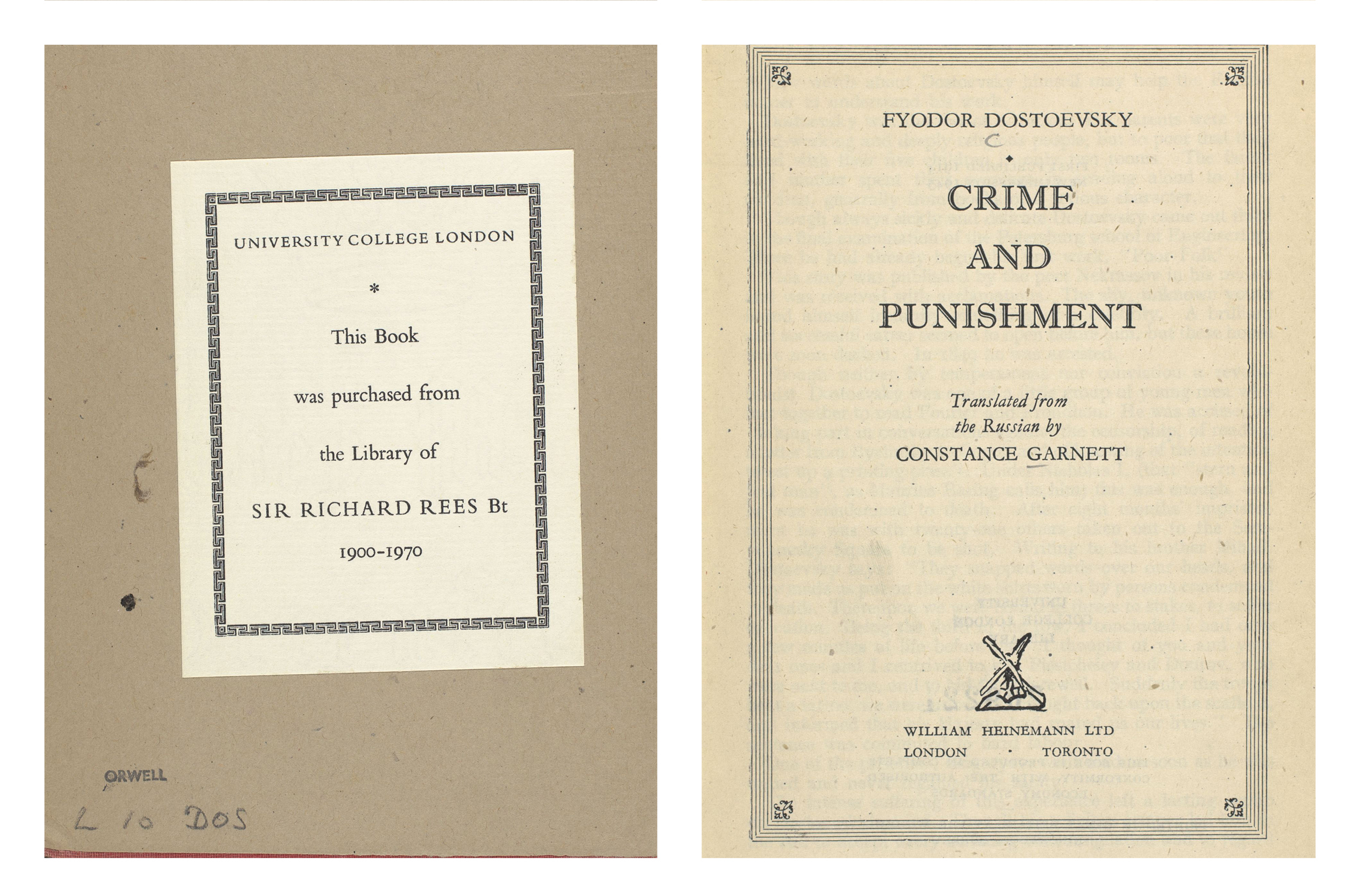